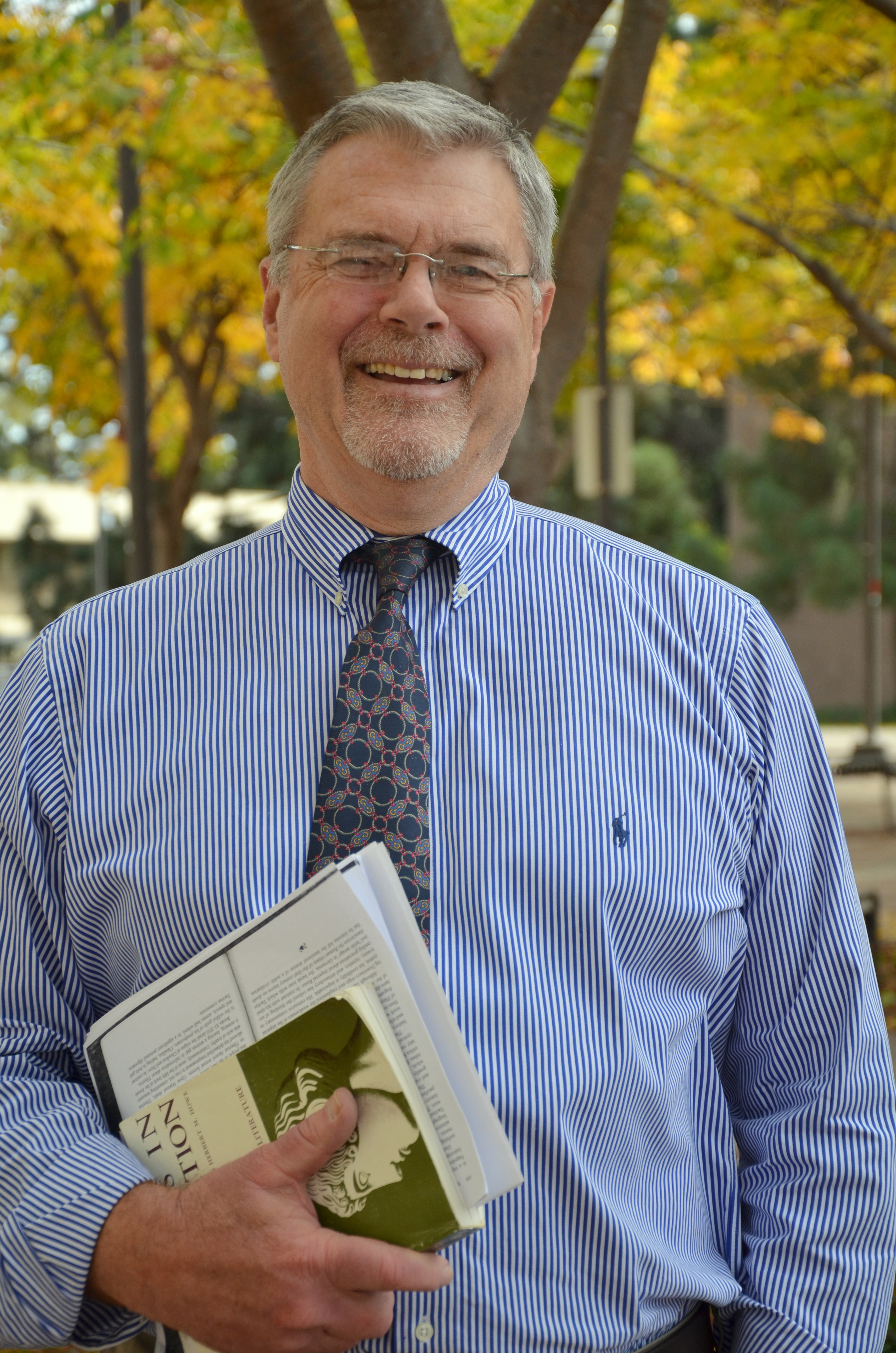 Ralph Gallucci received his Ph.D. in Greek and Roman History from UCLA in 1986.  He held post-doctoral fellowships at UCLA’s Clark Library and Yale’s Beinecke Library and was the recipient of a Dudley Observatory Research Award in the History of Astronomy. Over the years, Ralph has taught a wide-range of courses in the classical humanities, languages, and ancient history at Loyola Marymount, Penn, UCA, and here.  In addition, he has mentored numerous undergraduate research projects and taught in the Honors Program. His research interests are primarily in the areas of Athenian democracy and Homeric studies, especially the interconnections of memory, legend, and history. His 1990 article with M. Chambers and P. Spanos on the three-barred sigma controversy has had important consequences for our understanding of the Athenian Empire and late 5th century Athenian politics. Ralph is also Director of the Freshman Summer Start Program (FSSP), which brings to campus over 400 new students each summer to get a head start on their academic work. For his efforts on behalf of students, he has received the University’s Margaret T. Getman Service to Students Award, the Academic Senate’s Distinguished Teaching Award, and the American Philological Association’s Award for Excellence in the Teaching of Classics.